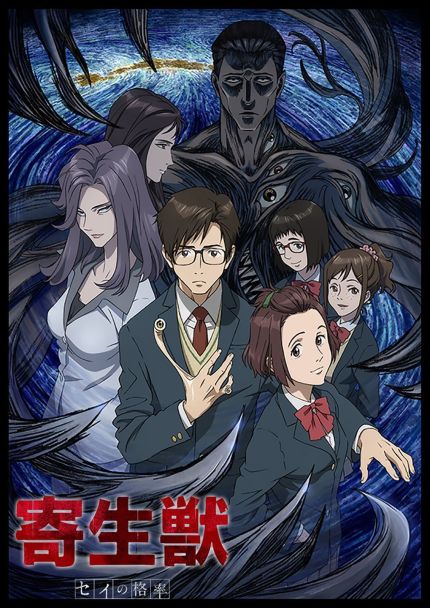 Parasyte began it’s original TV run in 2014. The main plot follows Shinichi, a unextraordinary 17-year-old who live an unassuming life with his mother and father. One night a magnitude of creatures, not unlike worms, descend upon earth and begin to infest the minds of humanity. One such creature attempts to infest Shinichi however instead of entering through his ear or nose, as usual, the creature ends up trapped in his right hand. Due to Shinichi fortune, since the pargasite is trapped in his hand bot individuals remain sentient. At first, Shinichi struggles to comprehend his new reality, but he must quickly adapt and learn to work with his new companion in order to survive the new world into which Shinichi has been indoctrinated. Together to two must work to survive not only the other hostile parasites but the other humans which are threatened by the parasites. Shinichi must also fight to hold on to his humanity as he finds himself becoming more like the other parasites.

My Review: Lets just get one thing straight, Parasyte is weird, very weird in fact. That doesn’t mean it’s bad, on the contrary, there is a lot of fun to be found here. There are some really interesting fights, some of which aren’t even against the dastardly parasites. I have always been a fan of internal struggles, metal or otherwise, and here we have an excellent case of internal struggle. The way in which Shinichi is shown as slowly losing his humanity is almost perfectly executed, the way it affects him on a physical, emotional and social level are what really makes this anime stand out. Parasyte has a nice balance of action, drama, horror and even a little bit of romance. My biggest issue with the show is that the opening song sucks, the autotune screamo doesn’t work well at all.