FGood news for all the Blue Exorcist fans season 2 has been aired, 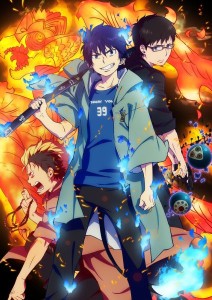 as of writing this only a few episodes have been released with more
being released in the coming year.
This season will follow the Kyoto Impure King Arc if you’ve read the manga. The original cast will be returning for this season as well. 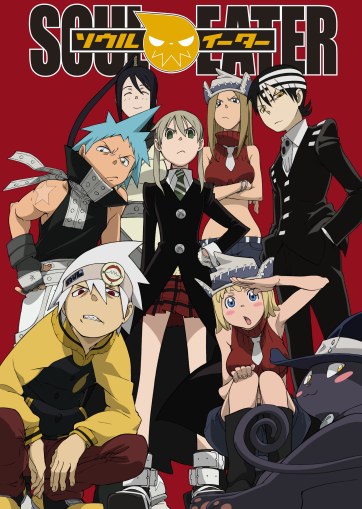 Soul Eater is an action and adventure anime released in 2008. It details the adventures of Meister and death weapon duo, Maka Albarn and Soul Eater, on their quest to collect 99 evil souls and 1 witch’s soul to transform Soul into a Death Scythe (a weapon capable of being used by a shinigami). The pair face many trials and challenges they grow stronger as individuals as well as a team. They are accompanied on their journey by Black Star and his weapon, Tsubaki Nakatsukasa. As well as by Death The Kid and his pistols, Liz and Patty Thompson. The kids are all students at Death Weapon Meister Academy (DWMA for short) which is a school run by Lord Death. Here the students are trained and are encouraged to reach Death Scythe status.

My Review: Overall I found the anime to be quite entertaining with a reasonable amount of violence and humor as well as a decent plot. However, I have a disliking for the art style, its very 2-D and I don’t particularly enjoy it. But the art style doesn’t quite outweigh the plot and characters of the anime, making it an ok watch. Though I would have liked it far more if they spent more time developing some characters and put a bit more into the plot

Blue Exorcist is an action, supernatural, shōnen anime. That’s not to say that it can’t be enjoyed by everyone! The manga was released in 2009 and the anime in 2010. The protagonist of this anime is a 15-year-old boy named  Rin Okumura, who with his younger twin brother Yukio were raised by a priest/exorcist, Father Shiro Fujimoto. Rin discovers that he, and his brother, are not the son of a man and woman, but rather the son of a mortal woman and Satan. His demonic powers are beginning to surface and are shown in blue flames which shroud his body, said to be the mark of Satan. Rin witnesses Fujimoto dying before his eyes, as a result of an assault on the mortal world by the demon realm in hopes of retrieving Rin. Rin is enraged by Fujimoto’s death and swears to go to the Exorcist cram school, True Cross Academy, to become Paladin, defeat Satan and avenge Fujimoto’s death.

My Review: I really enjoyed this anime, it held my interest all the way through which is no easy feat. It’s not all serious though with a sprinkling of humour and oddity mixed in with the action and supernatural. In addition, I found it quite easy to connect with the characters and really enjoyed their interactions. This anime is very near and dear to my heart as it is the first anime I ever watched. I was introduced to it by our homesick Japanese exchange student, and it took me into the world of anime. I would absolutely recommend this anime for anyone, from full-fledged otakus and weeaboos to people who are new to the world of anime.