Hey everyone, Tis the season to be jolly and all. So in the spirit of Christmas, I decided to share some animes that I think will help you revel in the spirit. Unsurprisingly though, there are actually very few animes with Christmas as the main theme, its usually just limited to episodes. Regardless here’s the list.

Next, we have Log Horizon (season 2). The reason being that the whole first half is about Christmas, and a serial killer Santa. But mainly about Christmas. You may need to have seen the first season to understand much of what anything or anyone is. But its still a good Christmas show, give it a watch.

Moving away from directly Christmas related, Tokyo Ghoul √A I feel has a Christmasy vibe, a sad Christmas vibe. I don’t know why, it’s probably the all the snow but I’d say that there is a definite vibe. Probably not something you’d want to watch if you plan to be jolly.

My Teen Romantic Comedy SNAFU TOO! actually has a good portion of the anime dedicated to Christmas time. I’m a big fan of this series and I think a fair few of you fine readers would find something worth watching.

And there we go, just a few animes this I think would do well to round in the Christmas holiday season.

“You’re wrong. It’s not the world that’s messed up; it’s those of us in it. Yes, some ghouls walk a path that leaves sorrow in their wake, but just like humans, we can choose a different path altogether. We have a lot to learn, both your kind and mine. We need to stop fighting, and start talking. Because when it comes to the state of the world, you can’t point your finger at ghouls or humans. We’re all to blame.” – Kaneki Ken, Tokyo Ghoul

Ken Kaneki is the main protagonist of Tokyo Ghoul. Originally living as a Japanese Literature student, Ken’s life was turned upside down when his date with Rize Kamishiro results in his becoming a ghoul. Since then Ken has made a name for himself in the ghoul world, gaining the nicknames of Eyepatch, due to his unique one-eyed appearance. After being kidnapped and tortured by Aogiri Tree, Ken suffered a massive shift in personality and thus teamed up with Aogiri Tree to fight the humans. 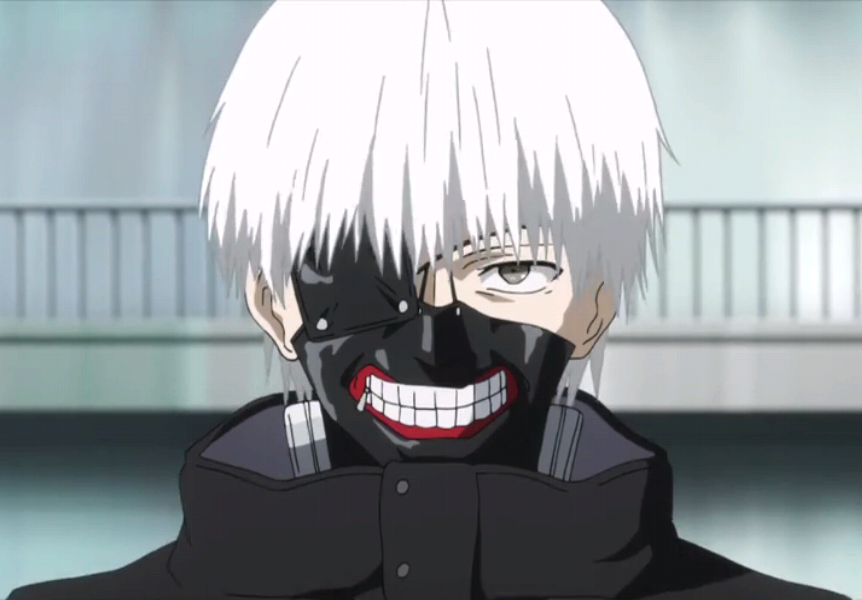 Welcome to our monthly Top 10 anime list.
This month I am sharing some of my favourite anime openings. I will be taking into account the song and animation for each intro, as both are equally important for a catchy opening. This list isn’t in any particular order I’ve just numbered it for simplicity.

What better song for an action anime than the high-energy beat of this song. That being said, the visuals are considerably slower than the beat so it kind of doesn’t fit together well. Regardless this is still a really great opening.

There are very few anime where I don’t just end up skipping the opening because I’m sick of hearing it over and over again. But while there wasn’t a single episode of Deadman Wonderland where I skipped this opening.

The song here is pretty fun, but what really makes it stand out to me is the way it matched the jumpy visuals so well. It’s pretty exciting and definitely gets you really to see some action.

This intro is just so much fun. Every time I hear it, I just want to dance along. Which creates this weird contrast with how dark the show itself is. If you’ve seen the show then you’ll know what I mean, first time I saw this I wasnt sure I was wachting the same show it was that out of place.

This intro is great, and it matches perfectly with the show its self. The dark, cryptic chanting matches the psychedelic flowers imagery to a tee. It sentiently makes a shiver run down my spine.

This one is just a really fun song to open a really fun anime. To be honest the vocals aren’t really all that interesting but to me, the backing track really stands out. The whole opening really gets me pumped up for an episode.

4. Brynhildr in the Darkness (Opening 2)

Song: “Virtue and Vice” by Fear, and Loathing in Las Vegas

Probably not the style of music most people listen to but I just find this opening song to have so much energy, just makes me want to sing along. Although I do think that some of the visuals seem a little out of place.

Song: “Believe in Myself“, by Edge of Life

I really like this opening, out of all of the openings Fairytail has had I think this one really stands out the most. Particularly with the arc, it’s paired with really combining with the visuals to add a sense of urgency and action.

I tried my best to avoid obvious picks for the list but this is the exception. The art style of this opening is absolutely beautiful and wonderfully vivid and colourful. The song also really sets the tone for the more emotional themes of Tokyo Ghoul.

We don’t see many opening like this one nowadays, the song has a really fun high-energy but steady and dark sound, fitting the visuals really well. I really love how despite everything going on in the visuals, we still get the feeling of just casually walking through it all, much like Alucard.

Tokyo Ghoul √A began airing at the very beginning of 2015 and is the second season of the ever popular series, read the review for the first season here. This season picks up right after the events of the previous. With Ken Kaneki being brutalised by Jason. During his imprisonment, Ken if forced to accept the harsh reality that he is a monster. This acceptance shows Ken the path he needs to take, he joins Aogiri Tree, the militant ghoul faction (and his captors) in order to gain the strength and power that he needs to protect his friends. However, those same friends see his action as a betrail. The increasing activity of Aogiri Tree causes the Commission of Counter Ghoul to put up arms and start heavy mobilisation against the Ghoul forces. Tokyo will burn as all out war is waged between the factions and Ken’s friends at the Anteiku coffee shop will suffer.

My Review: One of my biggest criticisms about the previous season what Ken’s wimpy, whiney personality. That has been rectified by making him a boring, emotionless side character for the majority of the season. Instead, this season focuses more on the Anti-Ghoul faction, the previous statement aside I really liked that. I found that it did a good job of fleshing them out, making sure the audience has a deep connection to both parties involved in the final confrontation, making it harder to pick sides. All of that aside, I did think that all of the fight scenes were pretty cool especially towards the then end. My opinion on the end is somewhat convoluted. I thought that what happened was pretty good and that it made a big impact, however, I was left with a few question and an empty feeling, most likely due to the black screen ending.